When you think of how mental health issues are commonly portrayed in the media, what are the first images that come to mind? Do you think of a disheveled character running rampant in a small town or of a woman hearing voices as she plots revenge on her adulterous husband?

Often, the information is inaccurate and creates a false picture of what mental illness really is. People are fed stereotypes that they believe are based on truth, when in fact, they are usually based on misunderstandings. These stereotypes lead to a stigma, which has a harmful effect on many individuals due to the following reasons:

The media has a lot of power, and media and healthcare professionals can work together to reduce the stigma attached to mental illness. Considering that an estimated one in five people experiences mental illness each year — the stigma needs to go away.

Why Are Mental Health Issues Misrepresented?

One reason mental health issues are misrepresented in books, films, news sources and TV shows is a misunderstanding of mental illness, according to South University associate professor Devin Byrd. Writers in the entertainment industry need to put more effort into depicting health issues accurately if they want to make a difference. However, sometimes writers misrepresent mental illness simply because it creates conflict in a story. And conflict is interesting — it’s what draws an audience in.

Sandra de Castro Buffington, director of the Hollywood, Health and Society Program, which strives to provide accurate information for entertainment professionals, says writers look for conflict to resolve, and “Mental health has a lot of conflict to resolve.”

So, while filmmakers intend to entertain their audience with inaccurate portrayals, they may be causing more harm than they realize. Millions of Americans have been diagnosed with mental health disorders, and stigmas discourage them from getting the help they need. They feel ashamed and choose to keep their problems to themselves.

Also, mental illness affects everyone differently. You do not have to look or act crazy, like the characters in films or TV shows, to experience the difficulty of mental health issues. Many Americans go to work or school hiding their pain for fear of the stigma attached to their condition. It does not need to be this way.

Despite the misrepresentations seen in the media, Americans continue to watch the films, shows and news programs that support such stigmas. For example, the film Shutter Island, released in 2010, and A Beautiful Mind, released in 2001, are both very popular films. Both films were analyzed for their depiction of schizophrenic protagonists. Here’s what was found:

According to research published by the American Psychological Association (APA), out of the crimes committed by those with serious mental illness disorders, only 7.5 percent were directly related to mental illness symptoms. Schizophrenia, which is commonly misrepresented in the media, usually does not lead to violence. It is more common for drugs and alcohol to affect a person’s behavior than mental illness alone. Nevertheless, a 2006 survey found that 60 percent of Americans believe that people with schizophrenia are likely to act violently.

The truth is, most people diagnosed with any mental health issue do not commit violent acts. In fact, only about four percent of violence in America can be traced to mental health problems.

Mental illness is also portrayed in the news inaccurately. A recent example was the reaction to Nikolas Cruz, a man accused of a mass shooting in Florida in February 2018 and who has a history of mental health problems. In response to the tragedy, U.S. House of Representatives Speaker Paul Ryan said at a news conference, “Mental health is often a big problem underlying these tragedies.” Ryan’s view is not uncommon.

According to a 2017 CBS News poll, 68 percent of Americans feel better mental health screening would greatly help prevent gun violence. However, according to a book published by the APA, shootings by people with serious mental health issues represent less than one percent of all gun-related homicides each year.

Considering that 63 percent of Americans get a lot of their news from family and friends according to the Pew Research Center, and 46 percent of U.S. adults often get news from a TV source, it matters a lot what’s said and how it’s said. False information can easily form a stigma.

People may use stigmas to make sense of crimes they cannot otherwise understand. Stigmas allow us to cope with our own fears of the unknown and separate ourselves from the “others.” Understanding and knowledge can help bring light to the side of humanity we fear most.

What Are Common Misrepresentations of Mental Illness in the Media?

You’ve seen these stereotypes before in fictional characters, and you’ve likely heard or seen the following misrepresentations in the news or sources that are supposed to be accurate and trustworthy.

Some might see mental illness as a weakness of character, which may prevent someone from getting the help they need because they feel ashamed. However, mental illness is not something someone chooses or suffers from because they are weak. Many factors affect mental health, such as:

It’s important for the public to realize that mental health problems are not a sign of laziness or weakness but are real issues which require care and support.

What Can Be Done to Reduce the Stigma Attached to Mental Illness?

Because the media has the power to reinforce a stigma, media professionals need to take mental illness seriously and make an effort to dispel mental health myths. Mass media, which communicates with a large number of people, includes:

Media professionals like journalists and filmmakers can help reduce mental health stigma by:

While not all of us are media professionals, anyone can help reduce the stigma attached to mental illness in the following ways:

If you notice a media portrayal that is inaccurate or inappropriate, don’t be afraid to contact media sources and speak your mind. Look out for:

ICANotes makes accurate documentation fast and easy for you and your employees, reducing the risk of sharing false information and helping you ensure your patients get the care they deserve. Developed by clinicians who understand what professionals and patients need, our EHR software is user-friendly, intuitive and requires very little training to get started. ICANotes helps healthcare professionals stay on track with proper documentation and with greater peace of mind. With less time spent on reports and insurance claims, you’ll have more time with your patients and your community.

Contact us today more information about the benefits of ICANotes Behavioral Health EHR or to start your free trial.

How to Check Your Mental Health Record

Most Common Industries Affected by Mental and Behavioral Health Issues 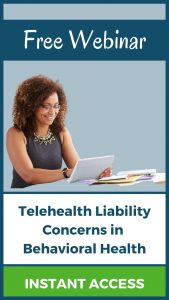