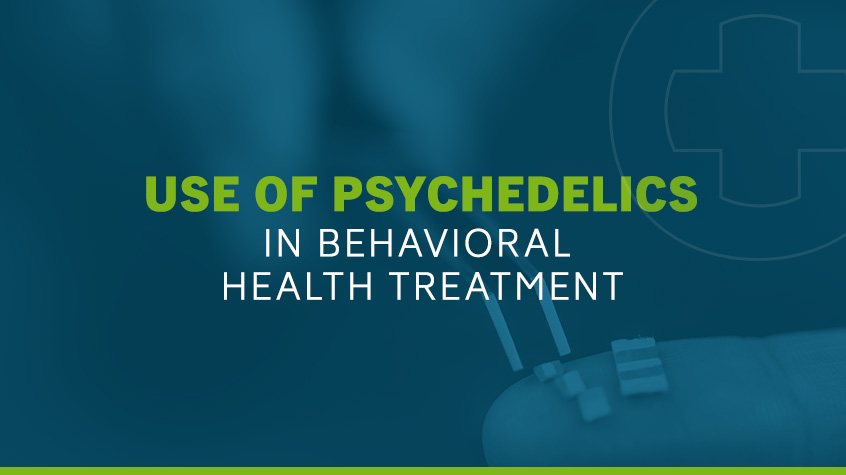 Including psychedelics in your behavioral health therapy may benefit both your patients and your practice. But before you decide whether to incorporate psychedelic therapy, you should understand its uses, how it works, the types of drugs used and the benefits and risks of this therapy.

Psychedelic plant compounds like psilocybin mushrooms and LSD induce hallucinations to treat mental health issues. Combining psychedelics with behavioral health therapy can increase the treatment's success. In many cases, psychedelic therapy is used with patients who have not responded well to other therapies.

While traditional medications can take weeks to start working or only work as long as the patient is taking them, psychedelic therapy can improve a patient's condition immediately, typically with just one dose. Though these drugs do not necessarily work the same way for every person, there are a few possible ways these drugs may function for behavioral health patients:

Along with the drugs themselves, whether this type of therapy leads to positive outcomes depends on various factors, such as psychological expectations, the physical environment and the therapeutic relationship between therapist and patient. 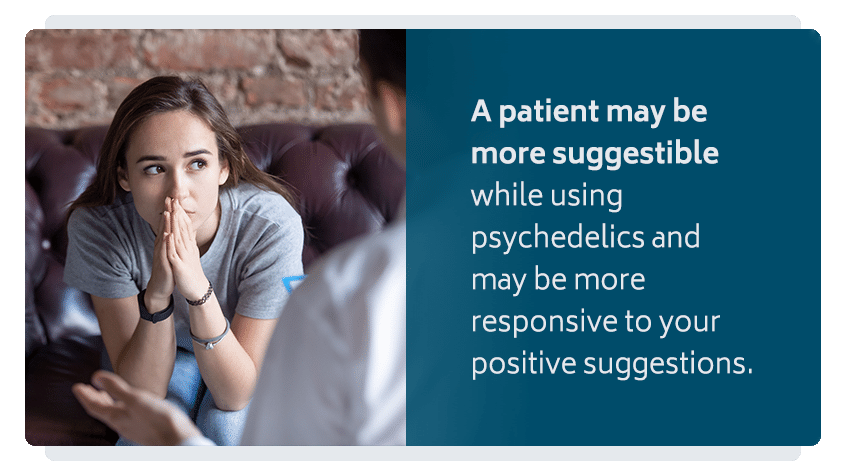 A few types of psychedelic drugs can be used in this type of treatment. However, most research has been conducted on psilocybin, MDMA, DMT, LSD and mescaline. 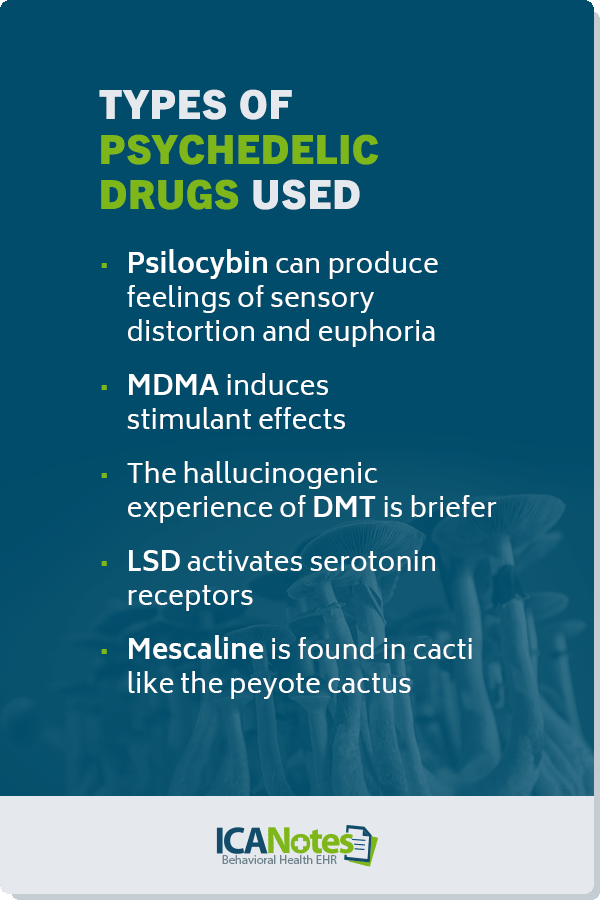 Psilocybin is a hallucinogenic chemical that can be found in psychedelic or magic mushrooms. These mushrooms grow in the United States, Europe, Mexico and South America. Similar to other hallucinogenic drugs, psilocybin can produce feelings of sensory distortion and euphoria. Researchers are continuing to study the positive effects and safety of psilocybin's use in treating various medical conditions.

This psychedelic drug activates serotonin receptors. Typically, this process occurs in the prefrontal cortex, which is the part of the brain that impacts perception, cognition and mood. Additional regions of the brain that regulate panic responses and arousal may also be influenced by hallucinogens. While psilocybin can cause auditory or visual hallucinations, it may only distort how a person perceives the objects and people in their environment. Psilocybin's potency depends on:

Known for its role in ecstasy, MDMA is a synthetic drug that induces stimulant effects and causes hallucinations. The substance comes from the sassafras tree and increases the production of norepinephrine, dopamine and serotonin, all of which influence appetite, sleep and mood. Potential effects of MDMA include:

The effects of MDMA can last for hours. How a patient is affected by MDMA depends on the dosage. High doses can be dangerous, leading to damaged nerve cells in the brain.

Dimethyltryptamine (DMT) is a hallucinogenic chemical found in some plants in South America, Mexico and parts of Asia. DMT is similar to mushrooms and LSD, though the intense hallucinogenic experience tends to be briefer than with other substances. Possible effects of DMT include:

How quickly and how long a patient experiences the effects of DMT depends on how the drug is consumed and how much is ingested. Typically, the drug is either smoked, vaporized, snorted, injected or consumed orally in a brew. When DMT is consumed in a brew, such as the South American tea ayahuasca, the patient will have to wait to experience the effects, but these could last for hours. When the substance is smoked, on the other hand, the effects can be felt almost immediately and last only a few minutes.

Lysergic acid diethylamide (LSD) is a hallucinogenic, semi-synthetic drug made from a combination of man-made and natural substances. LSD is derived from diethylamide, a non-organic chemical, and a fungus known as ergot. This hallucinogen activates serotonin receptors, stimulating the production of serotonin in the brain and allowing more stimuli to be processed. From this overstimulation, a user may experience changes in perception, emotion, attention and thought.

LSD is potent and can blur the lines between imagination and perception, with effects lasting for hours. Though sensations seem real, they are created by the brain and can involve multiple senses. Some users experience synesthesia, which is the blending of the senses. A patient who uses LSD may report “seeing” a sound or “hearing” a color. Other effects of LSD may include:

Mescaline is a hallucinogen found in cacti like the peyote cactus, though it can also be produced synthetically. Similar to those who use LSD, DMT or psilocybin, a mescaline user may experience visual hallucinations. This drug can be consumed raw, dried or in a capsule. A patient can also smoke this hallucinogen. How long the effects of mescaline last depends on the dose. Along with visual hallucinations, users may experience:

As with other psychedelic drugs, the use of mescaline may be beneficial when combined with behavioral health therapy.

The patients with alcohol addiction who are more likely to quit drinking are those who report intense psychedelic experiences. Psychedelic drugs like psilocybin may also help patients quit smoking, even for those who have not been able to quit smoking with other medications or therapy alone. Another plant compound that may be useful in treating extreme addiction is ibogaine.

Many people experience symptoms of anxiety and depression, and psychedelic therapy can help ease these feelings. After a psychedelic experience, patients may report a significant reduction in their anxiety, depression and stress. Additionally, your patients may have less frequent rumination and greater self-compassion.

Psychedelic therapy can be especially helpful for patients who have depression that has proven resistant to other treatments. A patient with severe depression may only need a couple of doses of a psychedelic drug like psilocybin to experience a reduction or even remission of their depression. Keep in mind that participants may be more likely to report these improvements if they had a quality psychedelic experience. 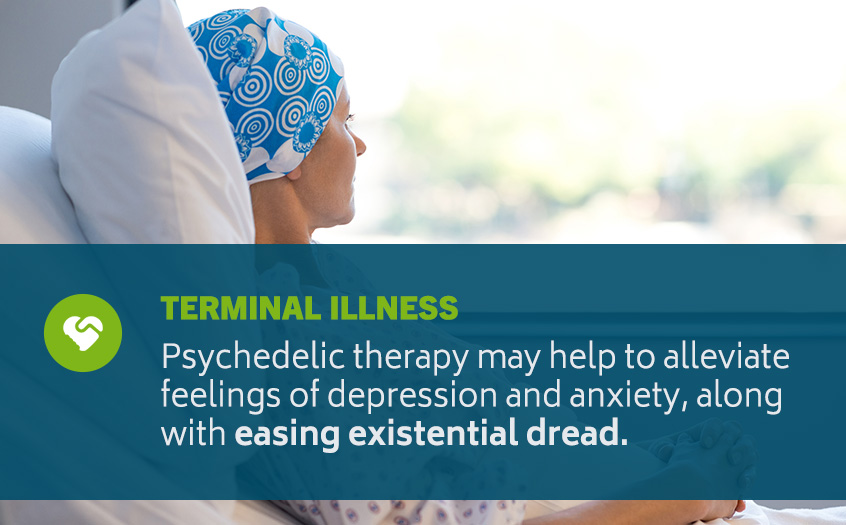 For many who have been diagnosed with a terminal illness, the thoughts of sickness and death could lead to feelings of anxiety and depression. Psychedelic therapy may help to alleviate these feelings of depression and anxiety, along with easing existential dread. For example, a patient with cancer may feel less cancer-related hopelessness, dread, anxiety and depression after a single dose of psilocybin mushrooms compared to those who take a placebo. Even months later, patients who take psilocybin may continue to experience improvements in their moods and relationships.

These patients may have a spiritualistic or mystical experience in which they glimpse death, better envision their conception of the divine or feel like everything is connected. These experiences may mediate rates of depression and anxiety.

Hallucinogenic drugs that produce psychedelic effects may also help ease the effects of trauma or post-traumatic stress disorder (PTSD). Psychedelic drugs like MDMA and ketamine have been studied in the treatment of trauma, though MDMA has generally been found to be more effective than ketamine, even when combined with psychotherapy. A dose of psilocybin may also be effective in reducing a patient's feelings of demoralization.

The use of psychedelic drugs in behavioral health therapy may pose some risks to patients, such as:

If you want to include psychedelic behavioral health therapy in your practice, you need an EHR that makes documentation simple. At ICANotes, our behavioral health EHR improves compliance and reduces documentation time. With less typing, you’ll have more time for treating your patients and growing your practice. Our pre-configured templates can be used in any setting and discipline. Use ICANotes to create comprehensive progress notes, initial assessments, treatment plans and discharge summaries.

You can manage your practice using any electronic device when you choose our EHR. Start a free trial of ICANotes to experience our behavioral health EHR in action. 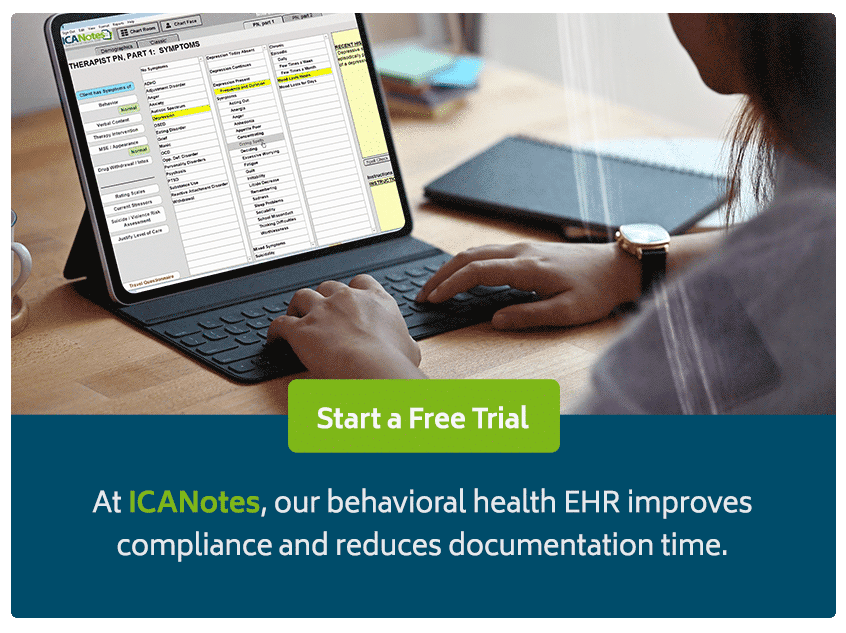 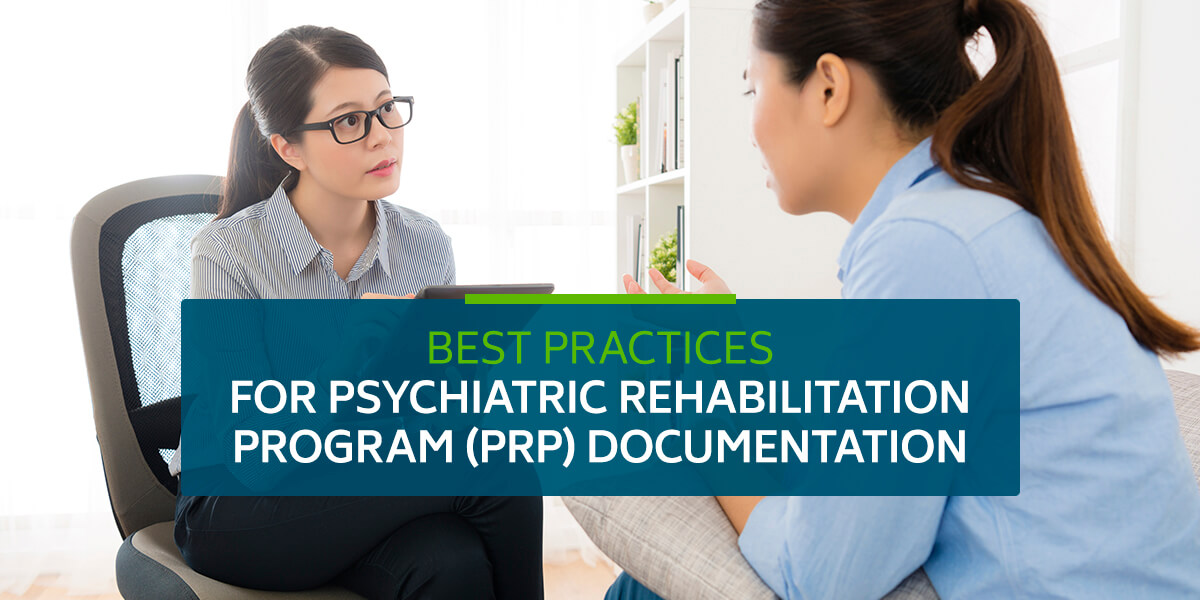 Use of Psychedelics in Behavioral Health Treatment 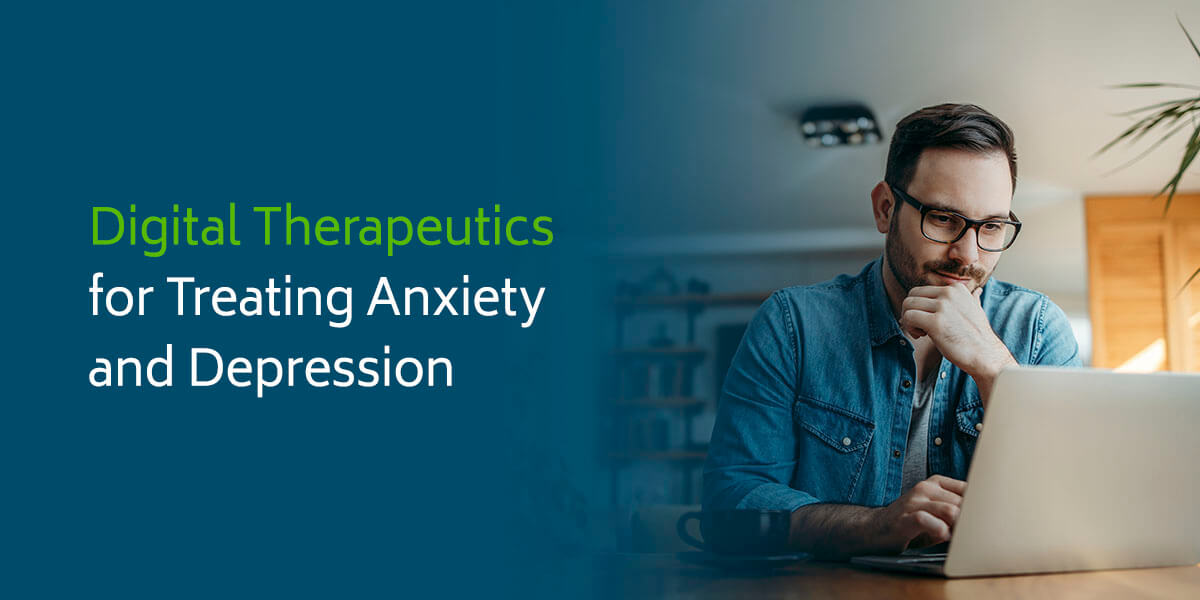 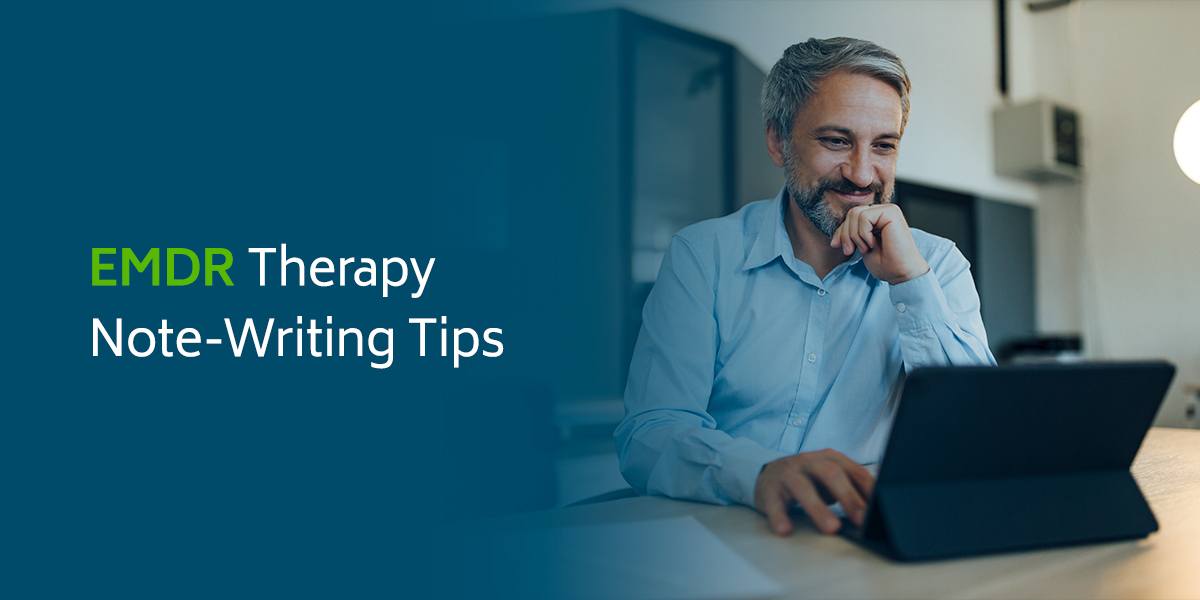 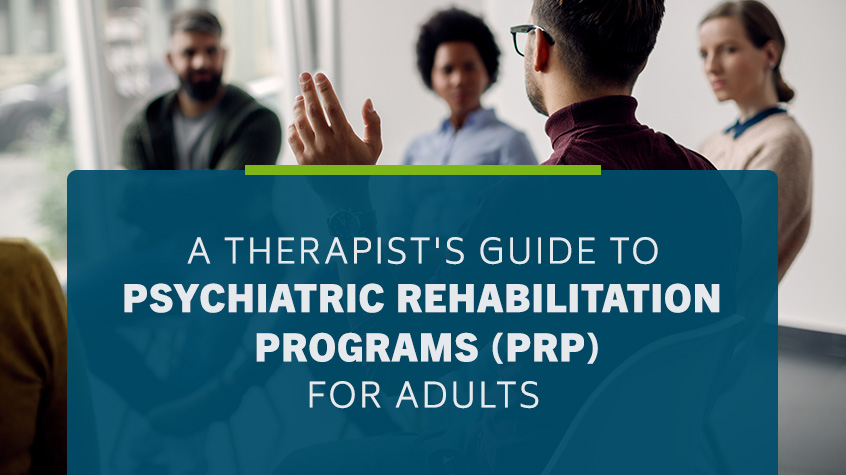 A Therapist’s Guide to Psychiatric Rehabilitation Programs (PRP) For Adults 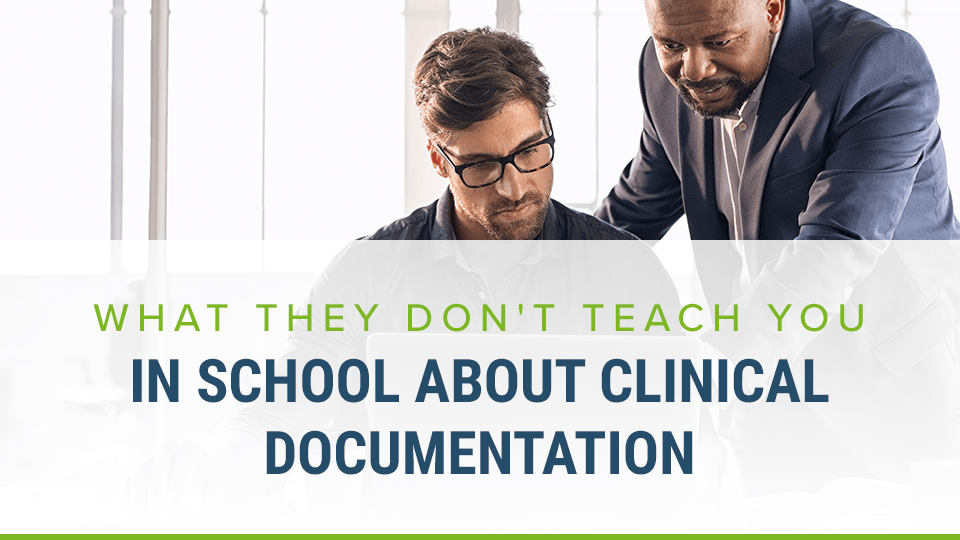 What They Don’t Teach You in School About Clinical Documentation 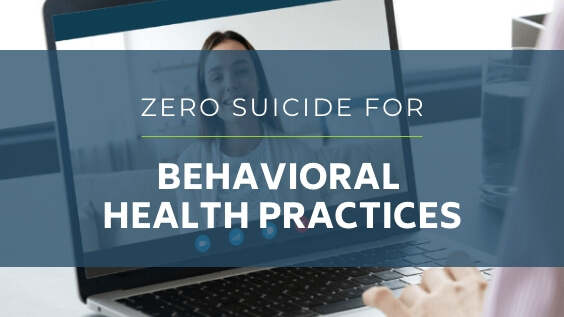 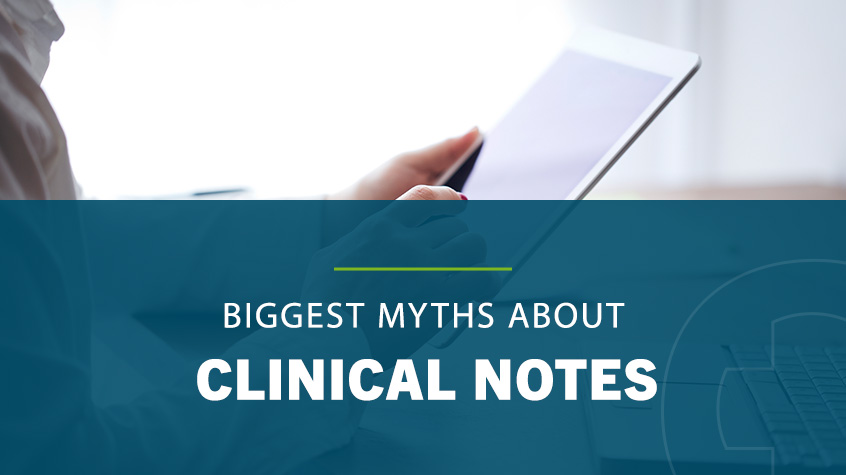 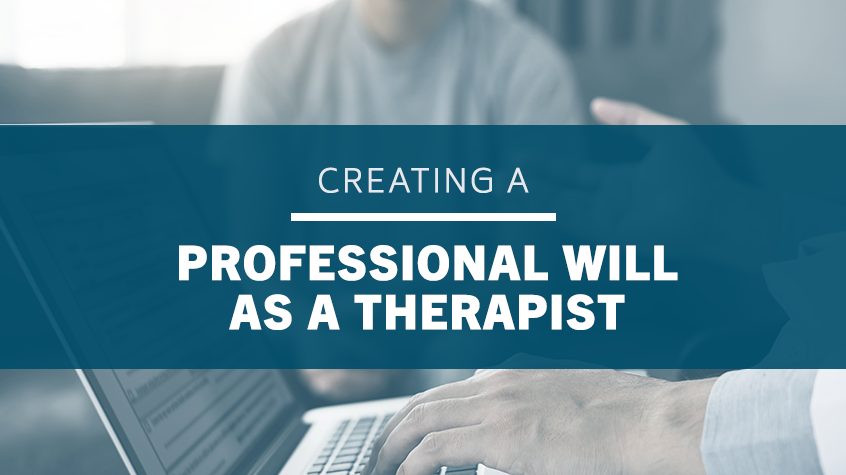 Creating a Professional Will as a Therapist 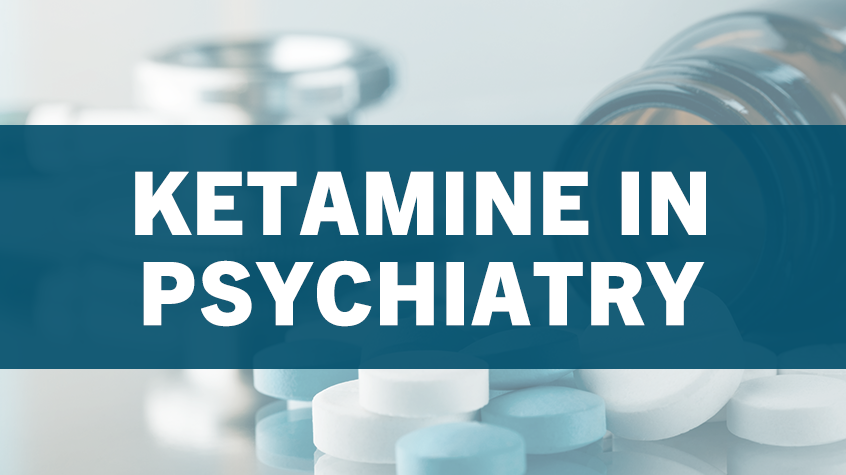